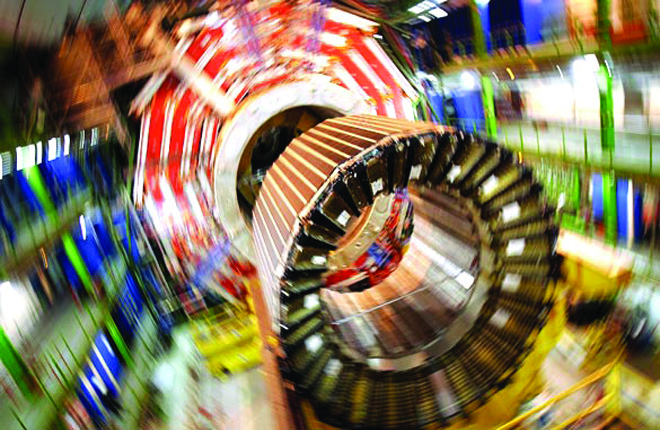 This is a great day for science and the world! After 50 years of searching, thanks to the largest and most complex machine ever built (the LHC) and the dated and de-commissioned Tevatron collider at Fermilab (where I have visited many times), we are 99.9% sure the god particle has been found.  However, there is still a lot to learn about the particle from analyzing previous collision data and from more LHC collisions scheduled later this year.  Some caution is needed as there is a remote chance that this is a new unexpected particle and not the god particle.
The mass region around 126GeV is the magic number.  This is not very far away from recent predictions.  A full detailed report will be released at the end of July.  I would expect that in early July of 2013 we will have a full confirmation announced with many more details provided about the particle’s characteristics.  As in most scientific discoveries, a major discovery only leads to more unanswered questions and this will be the case with the god particle.

We will cover what this finding means to mass and gravity and what we still need to find out in an upcoming post….